So the conceit of Untitled Manuscript Game is that you are a medieval scribe, and you are making yourself a manuscript full of delicious texts. I have a bunch of notes on the mechanics, and with any luck next week’s post is a solid overview of the rules in Semi-Official Rules Form; but basically you’ll spend the game acquiring texts, writing them into your book, and scoring points for how long or dense or alike they are in some fashion or another.

But the big picture stuff is out of the way: I brainstormed that with Lauren while camping, then Sam and I did a few poolside theoretical modifications the following weekend. (It turns out, no one else likes the name, Codicologica. FINE.)

Scholar (read: nerd) that I am, I decided to base the game on actual manuscripts and their actual texts, including a few that I have studied in depth (yowza) and a few that are, as I would put it in my professor-voice, “critical repositories of a vast medieval European literary tradition” – or something like that. Funny enough, this aligns with some of my research, as I am increasingly interested in examining how textual overlap between individual manuscript copies might change the way we read the texts in question. 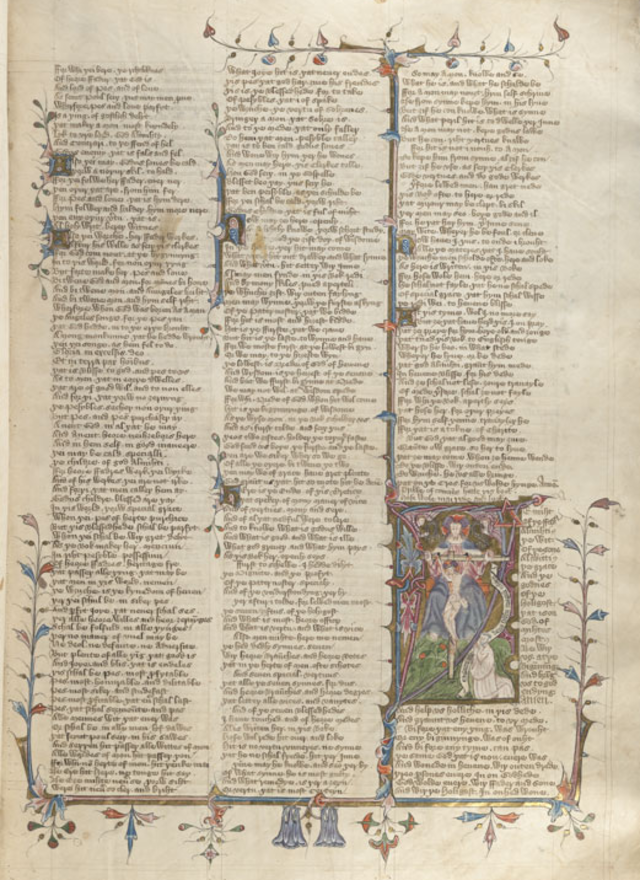 This is a tricky task! I wrote about some of the problems with picking crossover texts for a general audience in June. 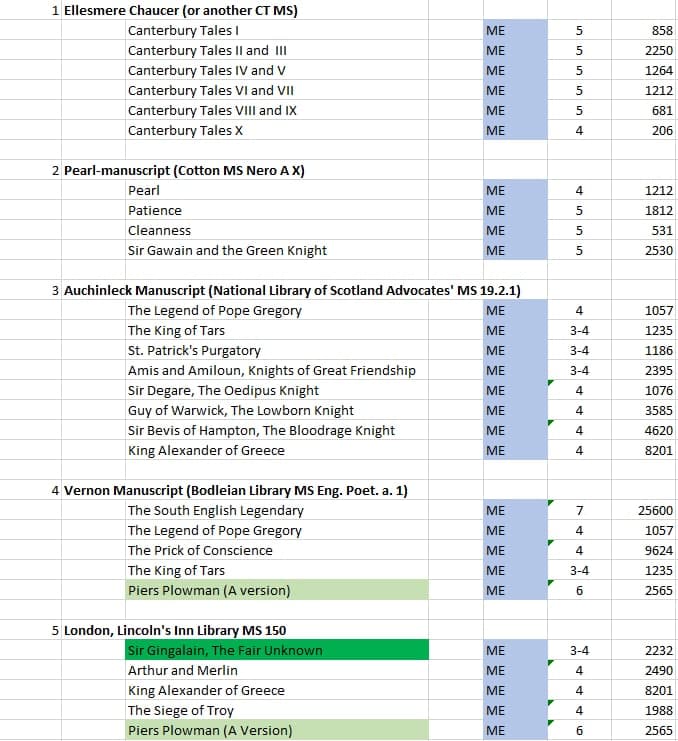 In any case, this past week I finally nailed down my list of manuscripts and their relevant texts for the game (since I can’t hardly include every text that’s in each manuscript I choose!). This means I also finally have my first set of working individual texts (since some are repeated between the game’s model manuscripts)! 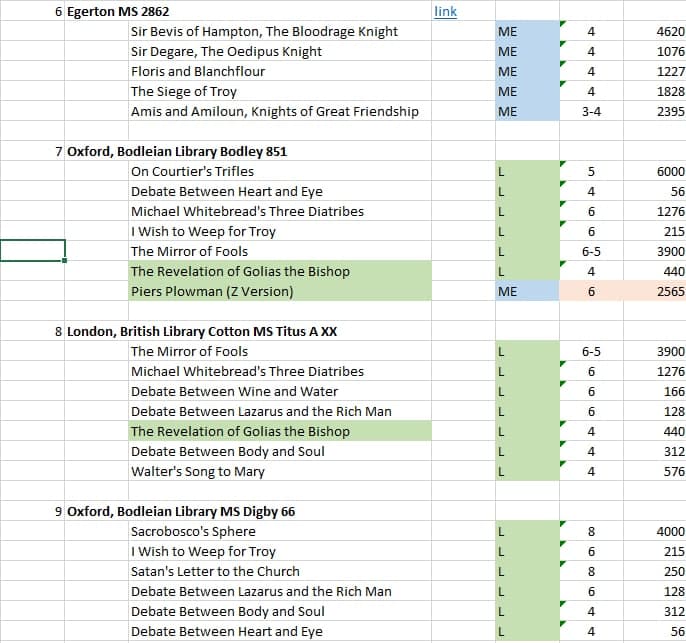 My goal for the upcoming week is to take raw information about these cards and translate that information as best I can into usable cards for play. (Don’t worry: you don’t have to copy all 25,000 lines of the South English Legendary just to play the game!) I also need to create a quick playtesting grid so we can get this thing on the table ASAP – which shouldn’t be too tough, I don’t think? 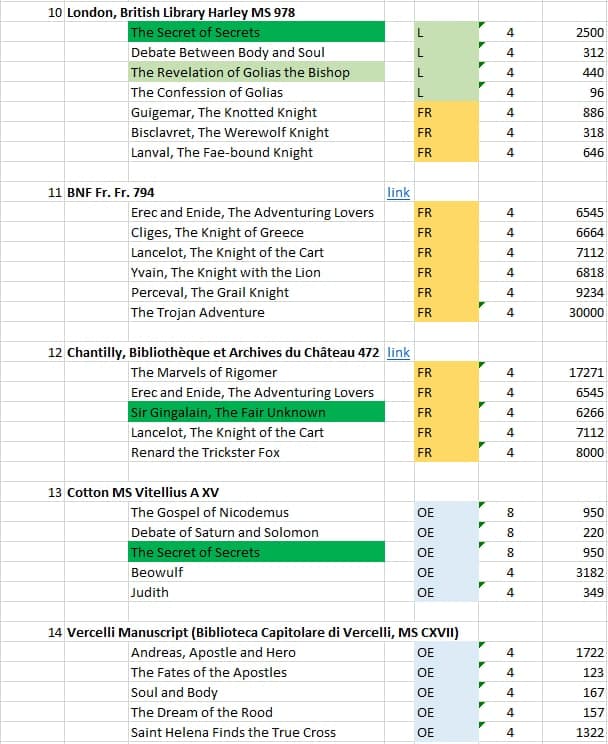 See any texts there that really appeal to you? Anything you’re excited to copy into your untitled manuscript play?